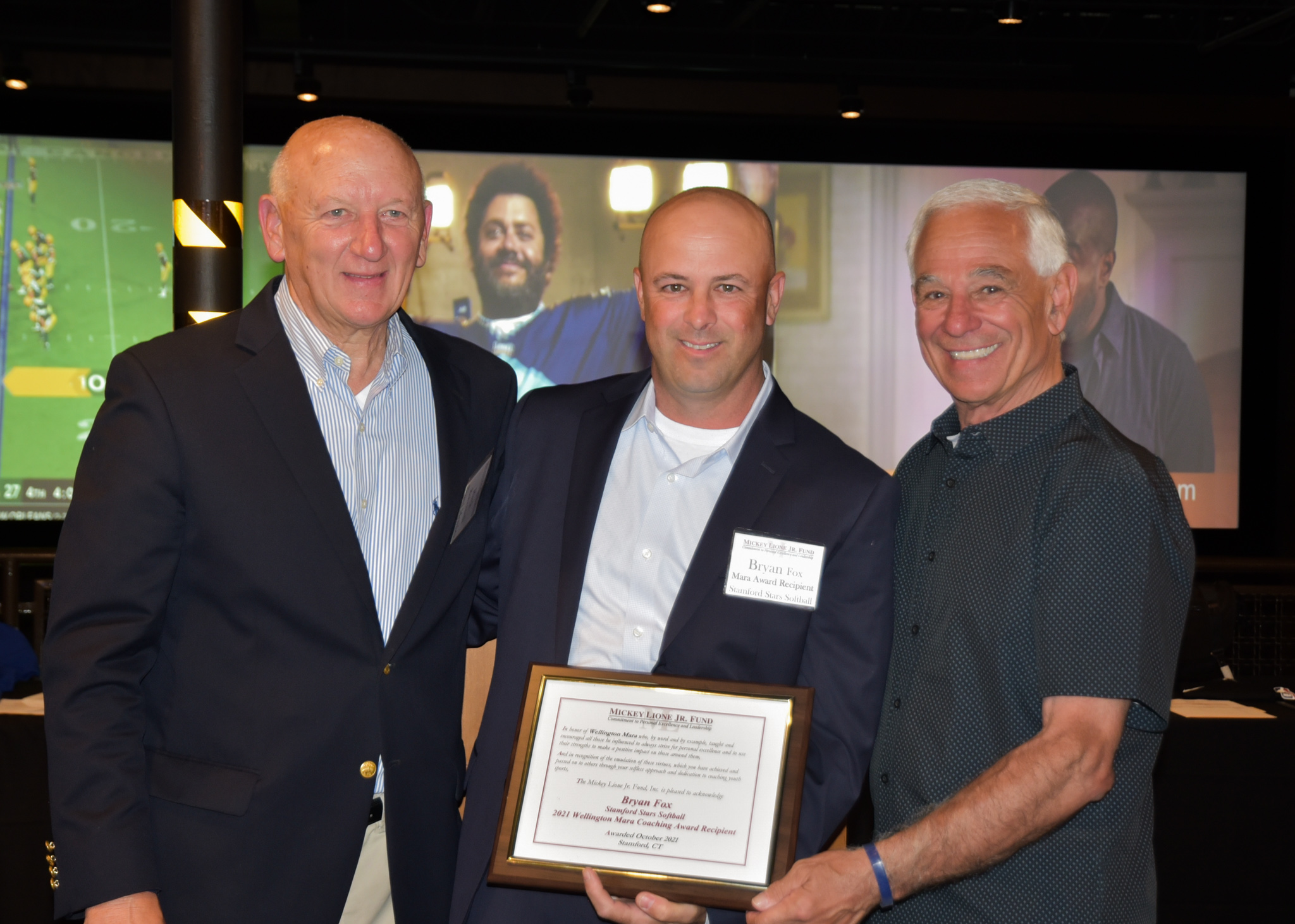 Bryan is born and raised in Stamford, attended St. Cecilia’s, Trinity Middle School and Trinity Catholic High School and then on to Boston College.  He is now raising his family here.  He was coached by Mickey Lione at Trinity Catholic,  Mickey admired Bryan’s dedication, tenacity and love for the TEAM.

He started coaching when he was still at Boston College where he coached a local boys high school baseball team.  His senior year he would leave school every day to go coach a team in a sport he loves.  Upon returning to Stamford after graduation from BC, Bryan began coaching at Trinity Catholic as assistant football coach.  He would continue in the role for 7 years, then becoming the head coach for the Crusaders.  In the 5 years that Bryan led the Trinity Catholic football program, his focus was on developing not only the players skills on the field but also acted as a role model and mentor for the players earning their respect, admiration and friendship to this day.

Bryan has been a coach at Stamford Stars since 2014, he started coaching a team of 7 year old girls and has been instrumental in the program since.  In 2016, he started the first 8U travel team and brought them successfully through the season to the World Series.  Since the start of the program the team has won 2 state championships as well as 2 trips to the World Series.

The year round commitment Bryan has for the program shows with his dedication to running clinics for all age divisions, coaching house teams in addition to his travel coach responsibilities.  He plans and provides pitching, catching and general softball clinics for all players.

Bryan has also worked closely with the Stamford High and Westhill programs to coordinate a game at Stamford Stars field for the two teams – giving all of Stamford’s high school players the opportunity to be role models for the younger players as well as showcase their skills to the Stamford fans.

Bryan is the foundation of the Stamford Stars league.  He has dedicated countless hours of his time (sometimes coaching 4 teams in one season) to promote softball throughout our city. 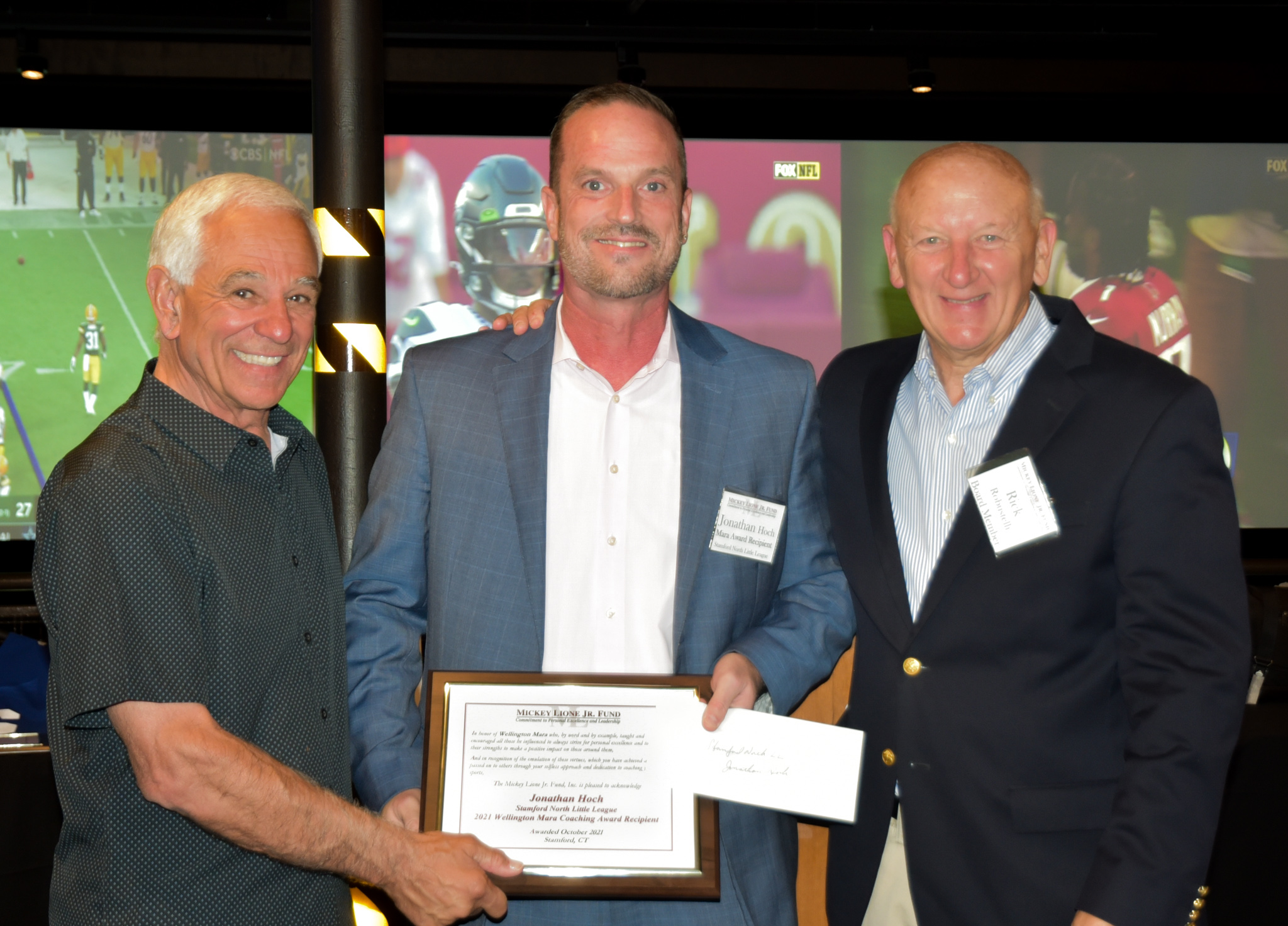 Jon has been an active volunteer in Stamford for decades.  “Coach Jon” has been involved in Stamford youth baseball for over 20 years.  From his time coaching the Trailblazers Academy Middle School he has always focused on respect, teamwork and integrity.

His most recent effort is leading the Challenger Team - Stamford’s adaptive baseball program for intellectually and physically disabled children.  Jon has also coached numerous Little League, Babe Ruth and middle school teams.  His message throughout to all kids and parents is “BIG TEAM and little me”, he stresses the importance of working together and taking success and failure in stride.

As a coach, Jon has been extremely successful but it is the countless hours that he has spent building Stamford North Little League that has impacted the most number of kids in town.  As President of Springdale Little League when they merged with North Stamford Little League, he was critical in building the culture of the combined programs to one that put the players first.

Jon served as President for 10 years in addition to his coaching, while in that role he instituted the “you ask you get” scholarship policy, providing a means for all to participate and ensure that money is not a factor to any family.  He is now coaching  two teams and serving as Vice President of Stamford North as well as being a resource to many other leagues in Stamford and throughout the state.  Jon is the constant voice about being focused on the kids!

Recently, Jon has taken the Challenger program to its highest numbers ever and developed a “buddies” program with both high school coaches.  This allows the players to continue in baseball and their parents to cheer them on from the stands.

When asked about his proudest coaching moment, Jon has two – both 4 years ago.  As a 2-time cancer survivor, never giving up and continuing to fight are important to him both in baseball and life.  His last Championship was won after his team came out of the Loser’s Bracket, won 4 games in 5 days to be the winners.  The second moment came that same summer when a young man he coached in Trailblazers stopped by the field.  As he was leaving, he told Jon that he was coaching a team outside his Marine base and they might be worse than his team but he was going to teach his players “what it is really all about” – just like “Coach Jon” taught him.

Copyright © 2022 Mickey Lione, Jr. Fund. All rights reserved. Unauthorized duplication or publication of any materials from this Site is expressly prohibited.